The leasing industry encompasses a variety of disciplines, each with its own set of rules.  It is these rules that drive many of the products that lessors offer to lessees.  Let’s take a look at the basic types of leases, their characteristics and how they are used to serve different clients.

Economic products are differentiated primarily by their monetary and financial characteristics.  Tax and financial reporting products on the other hand, are defined by regulations of the IRS and Financial Accounting Standards Board.  A feature consistently used to distinguish between all these products, however is the amount and treatment of the residual.

You will find that some terms overlap between categories, even though they may not be used in the same manner, or even mean the same thing.  Others are totally different.  The following are various products, by category, that are discussed on our website.

ECONOMIC PRODUCTS
The economic products are not strictly defined by rule, nor are they subject to any regulations.  They have, instead, been developed through industry usage and acceptance.  As such, you may run across multiple interpretations of their meaning.  The following definitions represent the most common usage.

The residual is a key factor in defining the first two economic products discussed.  The lessor in an operating lease counts on receiving the value of the residual in order to make a profit.  A lessor who relies on residual proceeds in this manner takes a residual position.

The residual value can come from either selling or re-leasing the asset to the lessee or to another party.  A lessor that is unable to achieve its expected residual amount loses money on the transaction.  A finance lease, on the other hand, is a lease in which the lessor does not take a residual position.  The lessor recovers its total investment in the leased equipment solely through the payments.

The lessor does not rely on receiving the residual value of the asset at the end of the original lease term in order to make a profit.  Any residual proceeds that are received enhance the lessors yield.  This type of lease is also referred to as a full payout lease.

The residual position is a function of the type of equipment and term of the lease.  These two factors, therefore, generally determine whether a lessor writes an operating lease or a finance lease.  Other factors include technological obsolescence and anticipated equipment usage.

A car lease is a good example of an operating lease.  Not only do automobiles hold value very well, but the residual value can be reasonably predicted.  For example, at the end of four years, the car may still be worth 40% of its original cost.  The lessor takes a residual position because it believes it can sell your leased car for at least that amount if you do not buy the car.

Lessors write finance leases on specialized equipment, on the other hand, because the equipment is difficult to sell if the lessee does not buy it.  At the end of four years, this equipment may only be worth 5% of its original cost.  As a result, the lessor is unwilling to rely on any residual proceeds in order to make profit.

DEBT BASED PRODUCTS
Residual is not the only distinguishing feature of economic lease products.  Two other economic products are defined by the type of debt used to fund the equipment.

A lessor pays for the equipment it leases to the lessee with a combination of debt and equity.  Debt in a lease transaction can either be recourse or non-recourse.  If the lessor borrows recourse debt, it must repay that debt just like the rest of us.  A lessor that borrows non-recourse debt, however, has no legal obligation to repay the debt.

(diagram of lessee and lessor)

Because the lessor is not liable for the debt, the non-recourse lender bases its loan decision on the lessees credit standing and the value of the equipment.

(diagram of the leveraged lease)

Financial reporting refers to the accounting presentation of leases in the financial statements of lessors and lessees.  Financial reporting products are strictly defined by the rules of the FASB, which can read all about here (link).

All leases are classified as either a capital lease or an operating lease for financial reporting purposes.

The FASB classification of a lease hinges upon whether it looks like the lessee is purchasing the equipment, or only using it.  If, according to the FASB criteria, the substance of the transaction is a purchase of equipment in the guise of lease, it is called a capital lease.

According to the accounting rules, if the lessee will:
- Acquire the asset
- Use the asset for most of its useful life, or
- Pay a significant portion of its cost during the lease term

Then the lease, in substance, a purchase and should be recorded as a capital lease.

If, however, the substance of the agreement is for the lessee only to use the asset, not own it, the lease is called an operating lease.  An operating lease is one in which the equipment is expected to have significant value and a reasonable life remaining at the end of the lease term.

An operating lease is accounted for as a pure rental.  The equipment is classified as an asset on the books of the lessor.  An operating lease is referred to as an off balance sheet lease because the lessee does not show either an asset or a liability in its books.  Instead, it recognizes a monthly rental expense as the lease payment becomes due.

The leasing industry uses many different terms to describe the tax products, sometimes even using different terms for the same products.  The only consistency amongst them seems to be that each term always ends with the word ‘lease.’

The lessor recognizes rental income, and deducts the tax depreciation in a tax lease.  In order to qualify for this depreciation, the IRS requires the lessor to bear the risks of ownership.

A lessor’s residual risk in a lease is most often evidenced by a fair market value purchase option at the end of the lease.  If the lessee can give the equipment back, the lessor is bearing the risk of equipment ownership.  All rentals paid by a lessee under a tax lease are deductible for federal tax purposes.

If the lessee is the owner of the equipment for tax purposes, the lease is called a non-tax lease.  A non-tax lease, in which the lessee bears the risks of ownership, is the flip side of a tax lease.

The lessee deducts the tax depreciation plus the interest portion of each rental payment in a non-tax lease.  If the lessee will own the equipment at the end of the lease, for instance, exercising a bargain purchase option, it is bearing the risks of ownership.

The two general tax products, tax and non-tax leases, can be subdivided into other, more specialized tax transactions.  Some of these products include tax-exempt user, municipal and TRAC leases.

The terms used to describe the various lease products are often confusing.  Most of this confusion comes from using terms in the wrong context.  Remember that each lease can be viewed from at least three perspectives.

For example, a single investor lease is one in which the lessor has recourse debt.  However, this same lease may be classified as operating or capital for accounting purposes, and as a tax or non-tax lease for tax purposes. 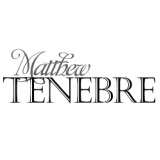 This is the "Sidebar 2" container. You can place any widget you like in here. In the evo toolbar at the top of this page, select "Collection", then "Widgets…".